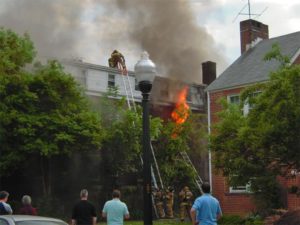 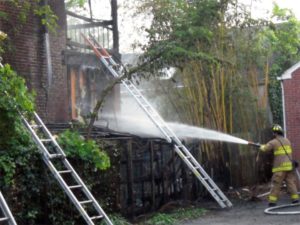 Heavy fire and heavy smoke was first reported in a three-story house near the intersection of N. Ivy Street and 10th Street around 6:45 p.m. A second alarm was called and about 50 firefighters helped to extinguish the blaze.

The house, which contained three individual apartments, suffered damage throughout the structure. Ten residents were displaced by the fire and are receiving assistance from the Red Cross. Although each apartment was occupied at the time, all residents managed to escape safely, according to Arlington County Fire Department spokesperson Lt. Gregg Karl. No injuries were reported.

The Arlington Fire Marshal’s Office is investigating the cause of the blaze, Karl said. 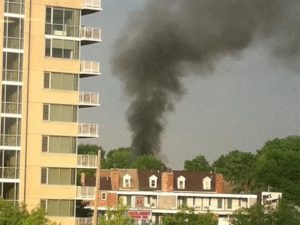 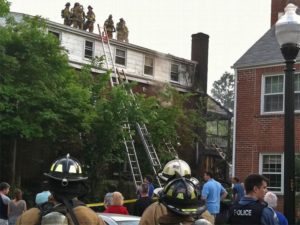 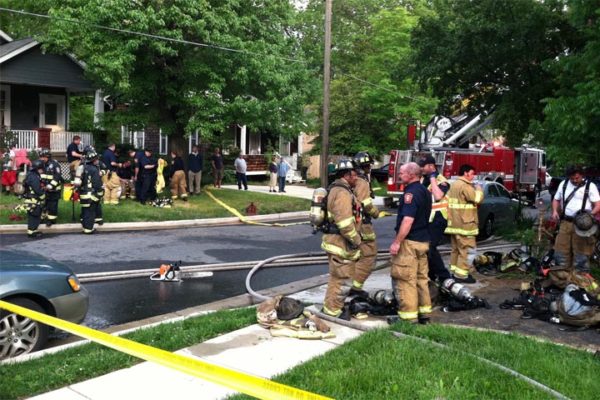