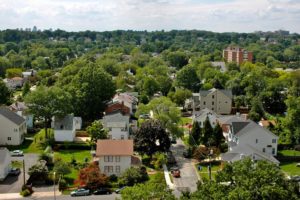 What’s going on in the local real estate market? Depends on who you ask.

According to an accounting by the Sun Gazette, home sales in Arlington are down while both average and median sale prices were down year-over-year in April. By contrast, Northern Virginia as a whole saw a continued rise in sale prices.

According to Realtor Laura Rubinchuk’s Arlington VA Real Estate News blog, however, home inventory in Arlington is down while demand and median prices are up. But, she says, there are some homes that just aren’t selling.

“I wish I had an explanation for what the heck is going on in the market right now, but I can’t seem to find a pattern,” she wrote.