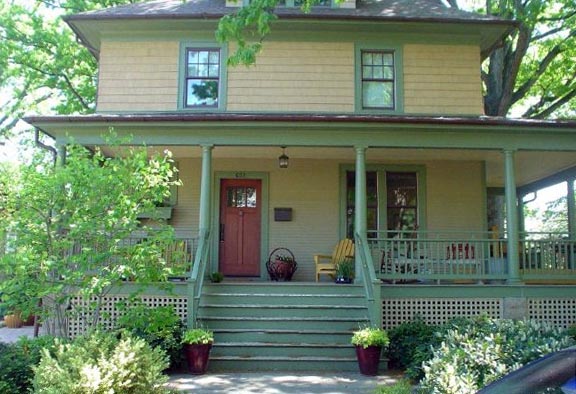 The annual Lyon Park-Ashton Heights house tour will be held this weekend.

This year’s event will mark the 90th anniversary of the founding of Ashton Heights. The tour will feature homes built between 1904 and 2009. Along the way there will be antique cars, retro costumes, old documents and demonstrations of green technology.

The tour will take place on Sunday between 1:00 and 4:00 p.m. Here’s how organizers are describing it:

Ninety years after real estate developer Ashton Jones created the subdivision he named after himself and appealed to Washingtonians to move to one of the first commuter neighborhoods in Arlington, the Ashton Heights Civic Association kicks off its anniversary celebration with the annual Lyon Park-Ashton Heights Villas & Vistas house tour showcasing the area’s history and charm.

This year’s Villas & Vistas house tour will celebrate Ashton Heights’ 90th anniversary with proceeds benefiting the renovation of the Lyon Park Community Center, a 1920s historic structure. The tour features twelve houses spanning 1904-2009, from bungalows to colonials, and the way residents have adapted them over nine decades through remodeling and green opportunities. Tour participants also will experience some fun vintage surprises–old cars, retro costumes, and original house documents–along the way.  Owners will be on hand to demonstrate aspects of green technology, display building materials, point out original details, describe renovation/design parameters, and share product information (as well as fascinating stories about former owners.)  A limited number of the Ashton Heights Style Guide, an illustrative how-to on planning additions to period houses, will be available.

See a list of homes on the tour here.

Other events being held this year in honor of Ashton Height’s 90th anniversary include a neighborhood picnic, lectures on neighborhood history and “a celebration of long-time residents.”