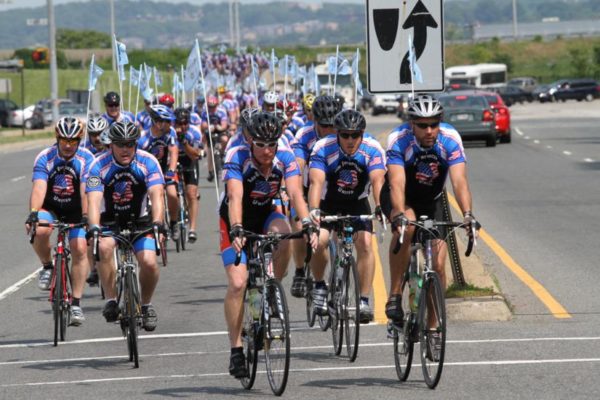 The officers, accompanied by dozens of police cars and motorcycles from law enforcement agencies across the country, completed the annual Road to Hope bike ride on Eads Street, in front of the DEA building. A crowd of DEA employees and the agency’s Black and Gold Pipes and Drums Corps greeted the riders, who were clad in matching red, white and blue bike gear.

The ride, sponsored by the group Law Enforcement United, honors “the service and sacrifice of all law enforcement officers that have died in the line of duty.” After the stop in front of the DEA building, around 3:00 p.m., the cyclists headed to the Pentagon to pay their respects at the Pentagon Memorial.

The event marks the beginning of National Police Week in the D.C. area. See more photos after the jump.