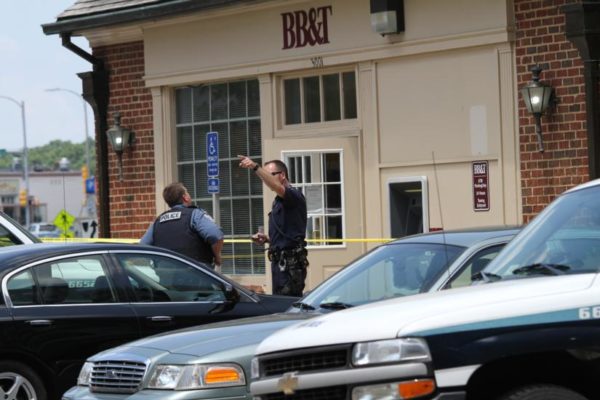 (Updated at 4:15 p.m.) Police are investigating bank robbery in Clarendon.

A man robbed the BB&T branch at 3001 N. Washington Blvd just before noon, according to police. A witness told officers that the man ran north on N. Garfield Street just after the robbery. Police searched the area, including the Clarendon Metro station, but were unable to locate the suspect.

Police issued the following statement about the robbery this afternoon.

The Arlington County Police Department’s Robbery Unit is seeking the public’s help to identify a man who robbed an Arlington bank this morning.

The suspect entered the BB&T Bank in the 3000 block of Washington Boulevard at approximately 11:50 a.m. on Monday, June 6, 2011. He displayed a note demanding money, and implied a weapon. After receiving cash, the suspect fled on foot.

The suspect is described as a white male in his mid 50’s, 6 foot tall and 180 lbs. At the time of the robbery, he wore baseball cap hat, a red wig, glasses, a white and brown plaid button down shirt and khaki pants.

Anyone who has information about this robbery or the identity of the suspect is asked to call the Arlington County Police Department Tip Line at 703 228-4242, or Detective Donald Fortunato at (703) 228-4197. Det. Fortunato can also be reached by emailat [email protected]

See surveillance images of the suspect on the police department’s web site. 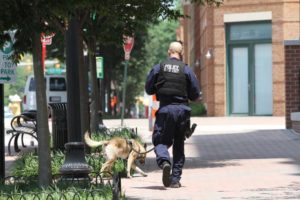 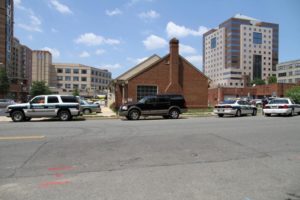