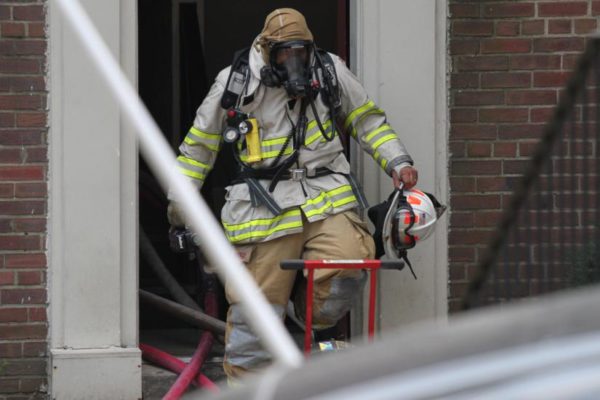 (Updated at 2:40 p.m.) Firefighters battled an apartment fire on the 1600 block of N. Queen Street in Ft. Myer Heights this afternoon.

A resident reported fire on the second floor of a garden-style apartment building just after 1:15 p.m. Firefighters arrived and found flames and smoke. A second alarm was called as a precaution, due to the hot weather. Firefighters on the scene were given plenty water; some had their blood pressure checked.

Firefighters were able to quickly extinguish the blaze, according to ACFD spokesman Lt. Gregg Karl. No injuries were reported. The Red Cross has arrived on scene to assist displaced residents.