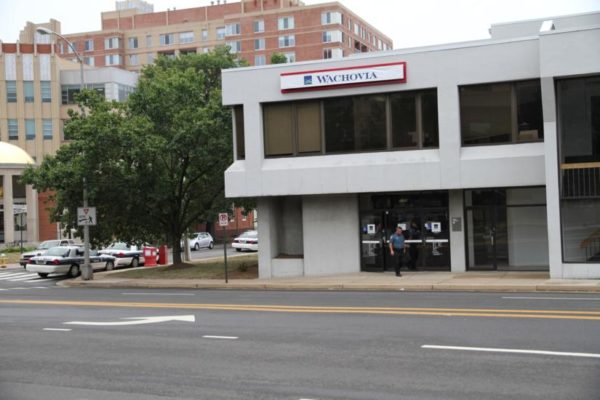 A robbery has been reported at the Wachovia Bank at 3140 Washington Boulevard in Clarendon.

Initial reports suggest a suspect implied he had a weapon, then made off with cash. Police are looking for the suspect, who fled on foot. He’s described as an older white male with scruffy facial hair.

This is the fifth bank robbery in Arlington since the beginning of June. There have also been two bank robberies in the neighboring Falls Church area during that time.

Update at 4:10 p.m. — In a press release (which includes surveillance photos), Arlington Police say that the suspect in today’s robbery appears to be the same man responsible for the robbery of two BB&T banks in June.

On Wednesday, August 3, 2011, at approximately 11:10 am, police responded to the 3100 block of Washington Boulevard for a bank robbery that just occurred. An unknown male entered a Wachovia/Wells Fargo Bank and demanded money from a teller while implying that he was armed with a weapon. The suspect fled the area after receiving cash.

The suspect is described as a white male with facial hair, in his late 50’s, 6’ tall with a medium build. At the time of the robbery he wore a white short-sleeve polo shirt with horizontal stripes, light colored pants and a dark colored baseball cap. This man appears to be the same suspect who robbed two BB&T Banks in Arlington during June 2011.

Anyone who has information about this robbery or the identity of the suspect is asked to call the Arlington County Police Department Tip Line at 703 228-4242, or Detective Donald Fortunato at (703) 228-4197. Det. Fortunato can also be reached by email at [email protected] 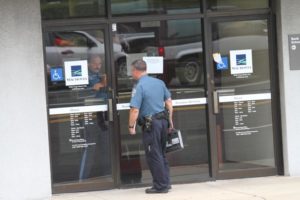 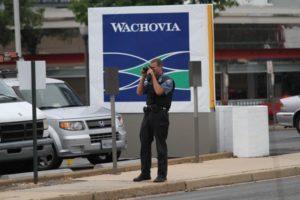