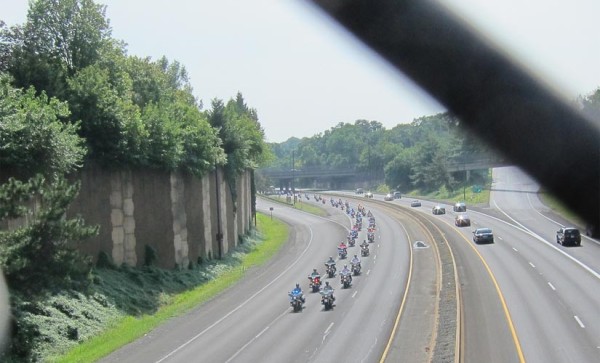 9/11 Ride Arrives, Departs Without Incident — No major incidents were reported on Friday or Saturday as a convoy of 1,800 motorcyclists arrived in Pentagon City, then departed for New York City. [Washington Post]

Two Struck By Lightning in Lyon Village — A couple is reported to be in serious condition after being struck by lightning on the 1500 block of N. Highland Street, in Lyon Village, on Friday. The force of the lightning strike was so strong that it “shattered the lenses in one of their glasses and knocked their shoes off.” [WUSA9, MyFoxDC]