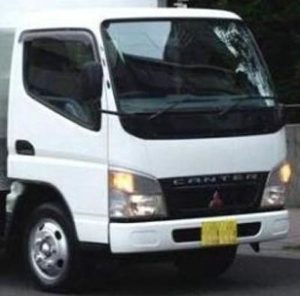 Arlington County Police think that a delivery truck may have been the vehicle that struck and killed 23-year-old Zorigoo Munkhbayar on Friday.

Munkhbayar was walking on Route 50 early Friday morning when he was struck by a vehicle near the N. Rhodes Street ramp. By the time someone saw Munkhbayar’s body laying in the roadway and called police, the Arlington resident was already dead.

Today police revealed that they believe a 2005-2007 Mitsubishi delivery truck was the striking vehicle. Police say the truck “would have noticeable damage to the front passenger side and passenger side grill/headlight.”

Investigators are asking for the public’s help in solving the crime.

“Police ask that anyone who may have seen a man walking on eastbound Route 50, or witnessed the accident, contact Detective Paul Marseilles at (703) 228-4237,” police said in a statement. “Detective Marseilles can also be reached via e-mail at [email protected].”

The above photo, provided by the Arlington County Police Department, shows a truck similar to the model suspected of hitting Munkhbayar. See more photos here.