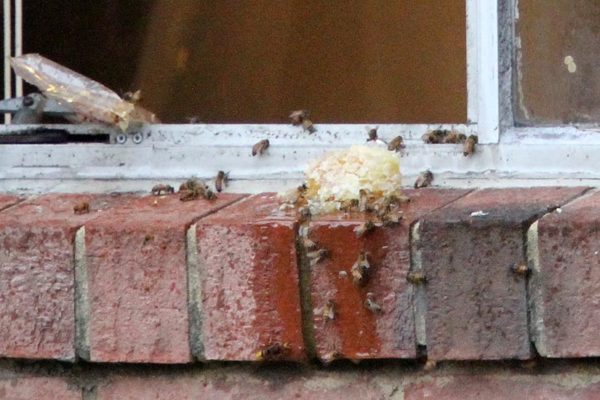 A swarm of angry bees in an apartment building injured one man and kept police and firefighters at bay last night.

The man was apparently trying to get a bee hive out of a second-story apartment in the Radnor/Ft. Myer Heights neighborhood when he was stung multiple times. The man reportedly suffered some sort of allergic reaction, and was attended to by Arlington County paramedics.

Police and firefighters, meanwhile, stood watch over the building, at 1300 N. Rhodes Street, while they waited for a contract exterminator to show up. 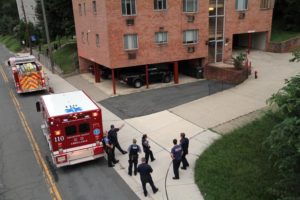 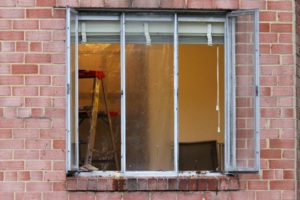