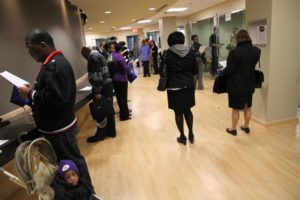 Arlington may have the Virginia’s lowest unemployment rate, but that doesn’t mean there aren’t residents who are still looking for jobs.

The career fair, which runs through 2:00 p.m., is the largest such event the county-run employment center has ever held. The center, which has mostly focused on job events featuring one or two employers, brought in nearly two dozen employers for today’s event. Among the organizations represented were Geico, the Metropolitan Washington Airports Authority, Virginia Hospital Center, Gaylord Hotels and Trader Joe’s.

Arlington Employment Center managers are hoping to be able to organize more job fairs like this in the future.

“Our job is to get people back to work,” said employment center director Howard Feldstein, who called today’s event “a huge success.” 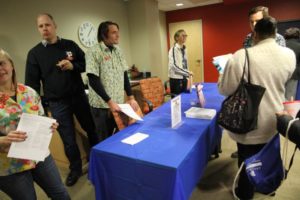 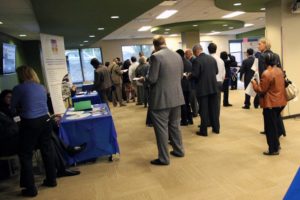 Read more →
More Stories
The Papery in Clarendon: Back from the Near-DeadFall-Themed Events Planned in Clarendon