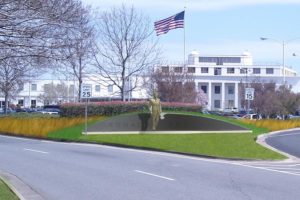 A statue of Ronald Reagan will be unveiled at Reagan National Airport on Tuesday, raising the possibility of some traffic headaches for people driving to the airport.

A ceremony is being held by the Ronald Reagan Presidential Foundation to commemorate the statue unveiling, in front of the airport’s Terminal A.

Drivers should expect heavier-than-usual traffic around the arrivals and departures terminals due to lane closures for the event, airport officials said. Four lanes will merge into one to detour around the event site. There’s also a possibility that traffic will be completely blocked for short periods along the detour route.

Detours will be in place from 11:00 a.m. through 12:00 p.m. Drivers are encouraged to avoid driving up to the terminals, and to instead keep left at the entrance to the airport, following signs toward parking garages. Passengers can be dropped off or picked up in the hourly parking garage closest to their terminal. Using taxis, which have their own boarding area, or Metro is also bring encouraged.