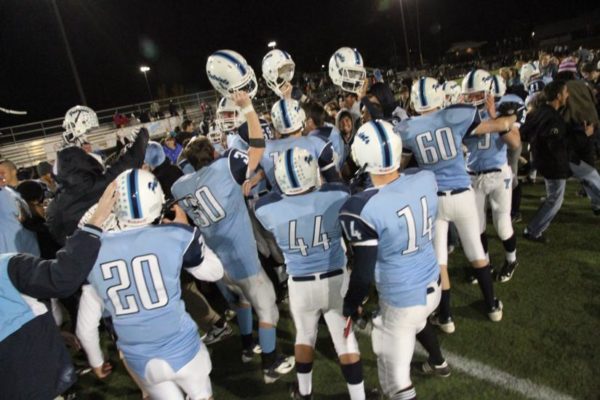 The Patriots football squad dominated the scoreboard and the clock for much of the game, racking up a total of 343 rushing yards. Though Washington-Lee tied the game up at 33 down the stretch, Yorktown ultimately came back and emerged victorious. After handshakes were exchanged, students mobbed the field and celebrated the victory with the triumphant players.

“We’re excited about getting to the playoffs,” Yorktown coach Bruce Hanson said. “I thought our guys showed a lot of class at the end.”

With the victory, the team also captured the AAA National District championship.

Yorktown will face a playoff game against McLean this coming Friday night. If Yorktown wins that game, a semi-final playoff game will be scheduled for Friday, Nov. 18.