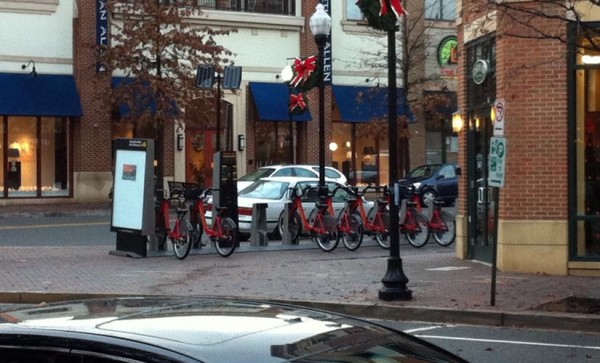 Update at 11:25 a.m. — Readers report that a station was installed at Wilson Boulevard and N. Highland Street last night.

A new Capital Bikeshare station was installed in Clarendon this morning, according to a tipster.

The station was installed at the corner of Clarendon Boulevard and N. Fillmore Street, near the Cheesecake Factory.