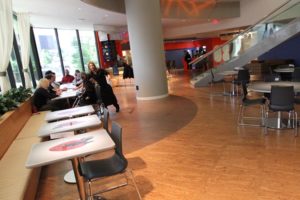 Three outspoken critics of the Artisphere are giving a lukewarm reception to a new business plan created to help boost the money-losing, county-run cultural center’s finances.

“In retrospect, it’s unfortunate the Board didn’t have the foresight presented in the task force’s business plan,” wrote Tim Wise, president of the Arlington County Taxpayers Association. “That said, it’s not clear the new business plan will fix what needs fixing. What is clear, however, is that government should restrict itself to core government functions such as police enforcement, and stay out of places where it doesn’t belong, e.g., the arts.” 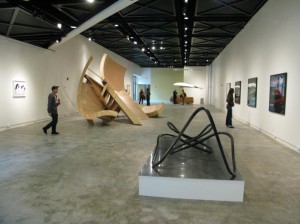 “Was this all a mistake in the first place? I submit it was,” wrote Wayne Kubicki, another Arlington fiscal watchdog. “As currently projected, by the end of FY 2013, Artisphere will have cost Arlington taxpayers a total of $10.6 million in construction costs and unanticipated operating subsidies. How long can this go on?”

Kubicki also questioned whether a governmental entity should be actively competing in the private event rental business.

“The new plan… relies heavily on increased event rentals for corporate and social events,” he wrote. “Well and good, if it works — but, in truth, this would probably take this business away from Arlington’s private sector hotels, other conference facilities and restaurants.”

Green Party activist Audrey Clement, who ran unsuccessfully for the County Board this fall and is expected to run again in a special election this winter/spring, said that the county should try to speed along the eventual transformation of Artisphere into a self-sustaining non-profit.

“While the proposed solutions all sound reasonable, I am concerned that the task force still projects an operating deficit of $2.3 million for FY 2012 alone,” Clement told ARLnow.com. “In light of this report, I recommend that County Board follow the recommendations of the Artisphere Task Force with a view towards transferring its lease on the Artisphere to a trust or foundation better equipped to absorb the operating cost of the facility.”

County Board members were universally supportive of the new plan — Walter Tejada said Artisphere still has “a great deal of potential” — but some left open the possibility of eventually closing or significantly changing the venue if the plan fails to live up to expectations.

“I think that where we’ve gotten to at least gives us something that’s within reach,” said Board Vice-Chairman Mary Hynes. “Now we’ve got to get the people there, and the programming in place, to know whether we can make this work or not. And if we can’t, then we can’t, and we have to say that too. But I think we have a much better chance with this plan… than the one we saw three years ago.”