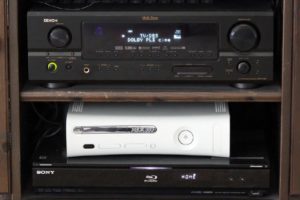 (Updated at 11:55 a.m.) Arlington residents really, really like their electronic gadgets, according to a recently-released consumer spending analysis.

The only cities that spend more on electronics, on average, are (in order of first to fifth): San Jose, Ca.; Austin, Tex.; Nashville, Tenn.; Madison, Wis. and Plano, Tex. Residents of San Jose — in the heart of Silicon Valley — spend an average of $91.08 per month.

District of Columbia residents were also on the top-spending list, but weren’t quite as big spenders as Arlington residents. D.C. came in 12th on the list at $61.42 per month. Arlington, we should note, is home to the Consumer Electronics Association — one of the primary trade groups for electronics manufacturers.

(Arlington is technically a county, but often gets included in ‘top city’ lists because it is considered a Census Designated Place.)