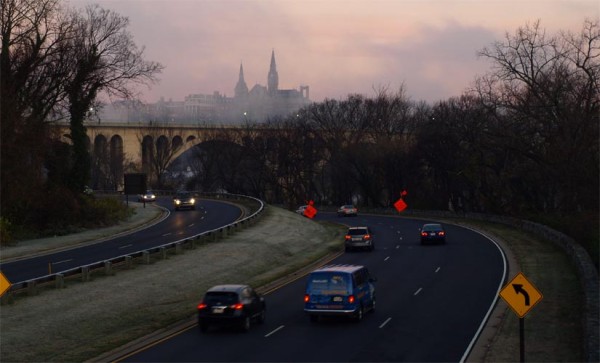 Worries Over Proposed Constitutional Amendment — A proposed amendment to the Virginia Constitution, intended to strengthen protections against local government usage of eminent domain authority, could complicate plans for the Columbia Pike streetcar project. County officials also worry that the amendment could force the county to pay businesses restitution for lost business due to street repairs, snow plowing or even police activity. [Sun Gazette]

H-B Woodlawn Students Protest Parent Plan — H-B Woodlawn secondary program students, who famously create their own courses and spend much of their school time unsupervised, are up in arms over a plan to allow their parents to monitor their academic achievements (or failings) more carefully. [Washington Post]