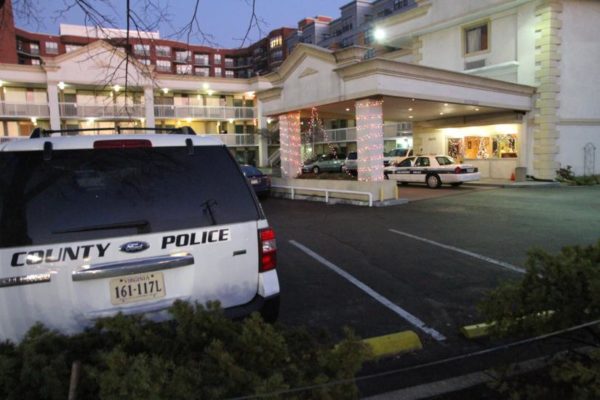 Six people were detained by police at the Columbia Pike Days Inn motel yesterday after a tip about prostitution led officers to a stolen vehicle.

Officers investigating a tip about prostitution activity at the Days Inn discovered an SUV that had been reported stolen out of Pennsylvania in the parking lot, according to Arlington County Police spokeswoman Det. Crystal Nosal. Officers kept an eye on the SUV and, when several people got in and started to drive off yesterday afternoon, police swooped in in dramatic fashion, blocking the vehicle in and handcuffing the occupants.

Six people — four women and two men — were detained. As of this morning, charges have still not yet been filed against the six suspects, we’re told.

NBC4 — which had a photographer on the scene within minutes of the arrests — led its 11:00 p.m. newscast with the story. The station’s website says the arrests were related to a “suspected prostitution ring in Arlington.” 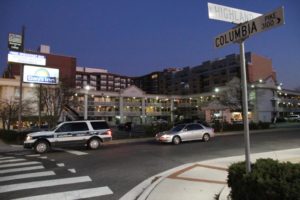 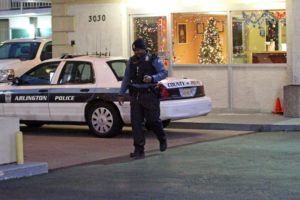