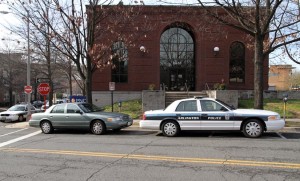 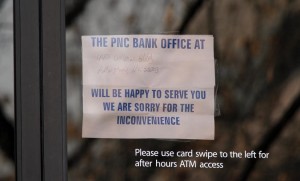 Police are on the scene of a reported bank robbery at the Courthouse/Clarendon PNC Bank branch at 2601 Clarendon Boulevard.

Initial reports suggest that a man entered the bank, implied a weapon and demanded cash. He fled after taking the money and was last seen heading in the direction of the Clarendon Metro.

Police are currently searching for the man and interviewing witnesses at the bank.

Update at 2:45 p.m. — Police have arrested a suspect in connection with the robbery.