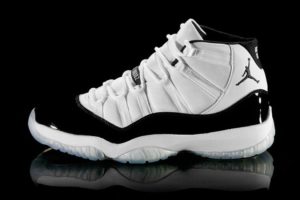 Arlington has joined the list of locales around the country and around the region where the early morning release of a new pair of sneakers resulted in chaos.

The release of the retro, $180 Nike Air Jordan XI sneaker drew large crowds at malls from coast to coast. Early this morning, the Fashion Centre at Pentagon City was no exception.

A crowd of 500-600 people mobbed the mall in pursuit of the coveted shoes, according to Arlington County Police. We’re told the mall had only one security guard handling crowd control when police were first called to assist. When officers arrived, they encountered a chaotic scene. At about 5:00 a.m., an officer frantically declared a “signal one” — requesting urgent assistance from all available units.

Eventually police were able to restore order. A few officers stayed on the scene to assist in the distribution of the sneakers, we’re told.