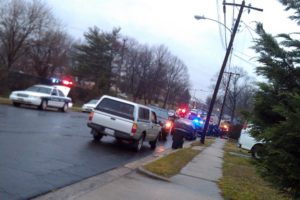 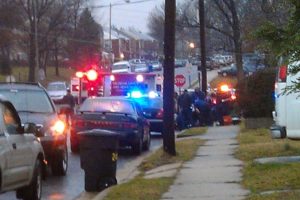 Police were able to rescue a man who attempted to hang himself from a light pole tonight.

The incident happened in the area of Walter Reed Drive and S. Pollard Street, near the Ft. Barnard dog park. Police received a call just before 5:15 p.m. for a man sitting on a light pole — about 20 feet up — with a rope around his neck. As officers arrived on scene, the man jumped, according to Arlington County Police spokesman Dustin Sternbeck.

Sternbeck said the man came to rest about five feet off the ground. Officers worked quickly and managed to get the man down. He had a pulse when paramedics transported him to a local hospital, according to Sternbeck.

Police remained on scene to investigate the incident, Sternbeck said. The man’s current condition was not immediately available.

Courtesy photo. If you or someone you know is experiencing thoughts of suicide, help is a phone call away. Call CrisisLink at 703-527-4077.