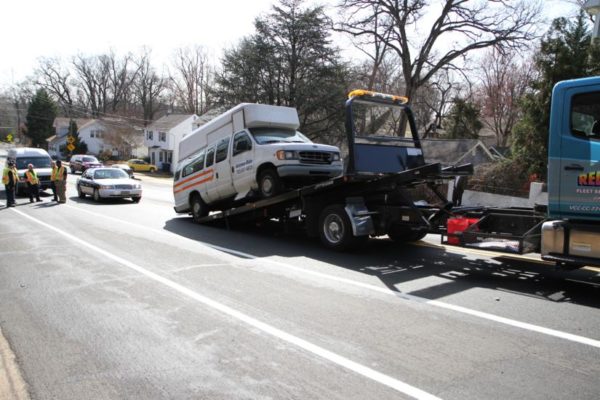 Two people were taken to the hospital following a rear-end collision on N. Lorcom Lane this morning.

The accident happened on Lorcom Lane near the intersection with N. Fillmore Street, two blocks from the Spout Run Parkway. An “Access-Ride” medical transport van somehow rear-ended an Audi sedan, causing significant damage to the back of the Audi but little damage to the van.

Two ambulances and an EMS supervisor were called to the scene to assist with the injured parties. So far, there’s no indication that any of the injuries were serious or life-threatening.

A one-block stretch of Lorcom Lane was shut down during following the accident, as crews worked to tow away the wrecked vehicles and clear glass and other debris from the roadway.