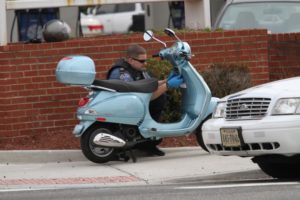 “Rubbernecking” past an accident not only slows down the flow of traffic — sometimes it causes another crash.

That was the case today while police were on the scene of a moped accident at the busy intersection of Columbia Pike and Glebe Road. A man on a moped lost control while trying to stop at a red light, causing him to hit the pavement and injure his jaw.

Police had just finished interviewing the man when the “crunch” of broken glass could be heard from the southbound lanes of Glebe Road. A driver, apparently distracted by the accident response, had gotten into a fender-bender with another vehicle.

Police had the two vehicles — a box truck and a BMW — pull into the nearby Rosenthal car lot so they could take statements from both drivers. No injuries were reported. The moped driver, meanwhile, was bloodied with a bandaged chin but is otherwise expected to be okay. 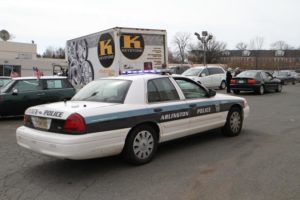 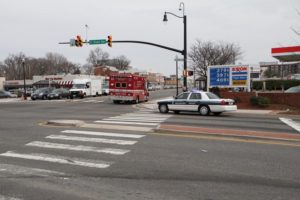