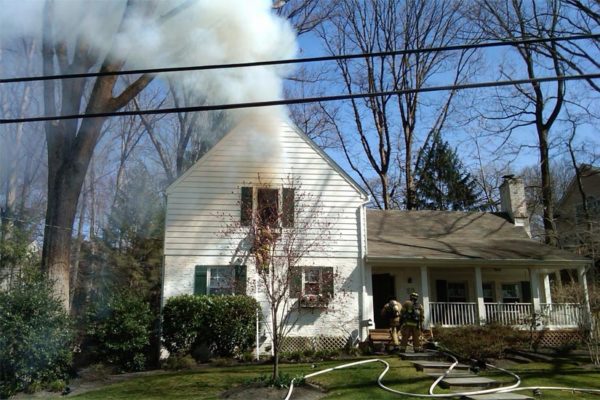 (Updated at 3:30 p.m.) The Arlington County Fire Department is on the scene of a house fire near the intersection of Vacation Lane and 24th Street N., in the Donaldson Run neighborhood.

Fire personnel reported heavy smoke coming from the home just after 2:00 p.m., after a neighbor heard a smoke alarm, spotted the smoke and called 911. Firefighters were able to extinguish the blaze, on the home’s second floor, in a matter of minutes.

The home is now being ventilated and firefighters are packing up their gear. No occupant or firefighter injuries were reported.