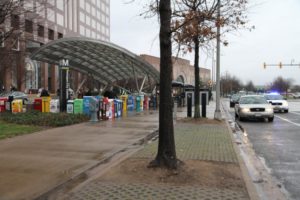 Police responded to the Pentagon City mall on Thursday for a report of an “obscene sexual display” in a restroom.

The suspects all fled the scene before police arrived.

While Sternbeck was unable to confirm the identity of the store involved, a “cruising” website for men seeking sexual encounters contains a listing for the third floor bathroom of the Macy’s store in Pentagon City.

“There were guys interested… quite a few hot men, especially blacks and Latinos,” said a review of the bathroom posted to the website in December. The bathroom is the only cruising spot in Arlington with an overall “five star” review on the website.

Other Arlington-area cruising spots listed on various websites include: