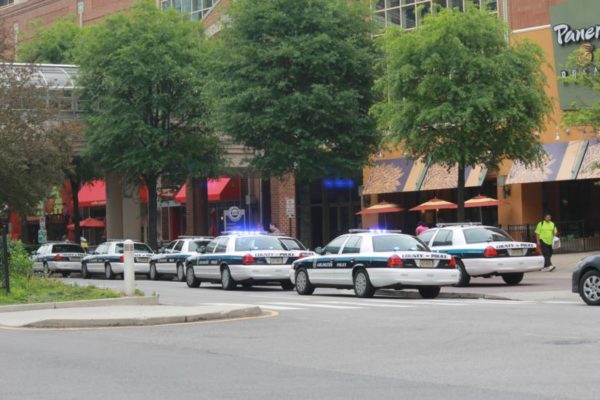 (Updated at 12:05 a.m.) Police are now clearing the scene at Ballston Common Mall after a phoned-in bomb threat.

Three separate bomb threats were phoned in to authorities: one to Prince George’s County dispatchers, one to Arlington, and one directly to the mall, according to Arlington County police spokesman Dustin Sternbeck. It’s not clear if the threats all were made by the same individual.

Mall security has informed stores of the threat but decided not to evacuate, Sternbeck said. Police officers and two K-9 units searched inside and outside the building but found nothing.

“We want to be very thorough in our sweep and… in deeming it safe,” said Sternbeck during the search. “If we did find something we deemed legitimate we would have the authority to bring everyone out [of the mall].”

Dozens of shoppers and workers on their lunch break could be seen carrying on normal daily business inside the mall during the incident. One lane of Wilson Boulevard was partially blocked by police vehicles outside the mall. As of 11:50 a.m., most of the police response was packing up and starting to clear the scene. 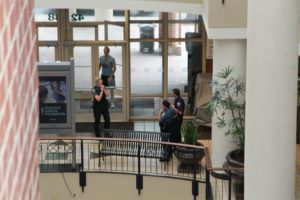 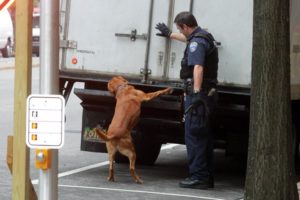