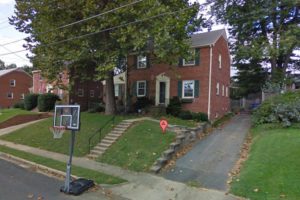 An election battle is brewing in Indiana over Rep. Mike Pence’s home in Arlington.

The Republican congressman is running for governor in his home state of Indiana. According to The Journal Gazette — a publication in Fort Wayne, Ind. — accusations are flying due to Pence’s house in the Williamsburg neigborhood.

His Democratic opponent, John Gregg, claims Pence spends too much time in the D.C. area and not enough time in Indiana. Gregg acknowledges that Pence is a legal resident of Indiana, but believes his time living in Arlington may have caused him to become out of touch with Indiana residents.

The article quotes Gregg as saying, “It’s a question of whether or not they’ve gone Washington with them being out there.”

Although he hasn’t offered a specific breakdown of how much time he spends in each location every year, it’s common knowledge in political circles that Pence’s family lives in Arlington while Congress is in session. His two younger children attend school in Arlington, and his oldest attends Purdue University in Indiana.