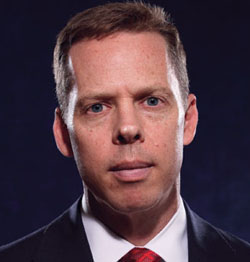 Local state lawmakers are speaking out against a vote by the Virginia House of Delegates to deny a General District Court judgeship to an openly gay prosecutor.

Richmond prosecutor Tracy Thorne-Begland, a former Navy fighter pilot whose judicial nomination was supported by Gov. Bob McDonnell (R), failed to receive the 51 votes necessary in the 100-member House of Delegates. Del. Bob Marshall (R), who led the charge against Thorne-Begland’s nomination, cited his public opposition to the military’s Don’t Ask, Don’t Tell policy 20 years ago, while still in the Navy, and his expressed support for same-sex marriage.

Thorne-Begland is “an aggressive activist for the pro-homosexual agenda,” Marshall said in a press release. “Can this candidate swear the required oath to support our state’ constitution if he has already indicated by his past actions that he does not support that section of our constitution barring same-sex legal relationships?”

State Sen. Adam Ebbin (D), the first openly gay member of the Virginia General Assembly, argued that Thorne-Begland was rejected solely on the basis of being openly gay. He also condemned the state Senate leadership for dodging a vote on the nomination.

“The debate in the House of Delegates was homophobic and embarrassing, and showed a disrespect to a chief deputy Commonwealth’s Attorney and decorated veteran who was honorably discharged,” Ebbin told the Washington Post. “It’s also offensive that the Senate Republican leadership wouldn’t even grant Lt. Thorne-Begland the courtesy of a Senate vote.”

On Twitter, Del. Alfonso Lopez (D), who along with Del. Patrick Hope (D) was among the 33 “yes” votes for Thorne-Begland, Tweeted about the vote in real time early yesterday morning.

“Shameful,” Lopez said. “Virginia and Mr. Thorne-Begland deserved better. I have a feeling the Commonwealth will be in national headlines again.”

Del. Bob Brink and Del. David Englin, Democrats who both represent portions of Arlington, were among the 26 lawmakers who did not cast a vote on Thorne-Begland.

Update at 3:35 p.m. — Del. Brink has issued a statement to ARLnow.com regarding his absence from the voting.

Due to previously scheduled travel out of the country, I was absent for the May 14 session of the House — the first session I’ve missed in my 15 years as Delegate. The House minutes reflect that I was granted a leave of absence for this reason.

Tracy is my friend. For several weeks, after the right-wing threat to his nomination became known, along with other concerned members of the General Assembly including my colleague Adam Ebbin, we strategized on the steps needed to get him confirmed. I deeply regret that we were unsuccessful.

The rejection of this eminently well qualified lawyer, in addition to its unfairness to him, is a loss to Virginia’s justice system and another black mark on Virginia’s reputation.

It goes without saying that I would have vigorously supported and voted for Tracy if I had been present.