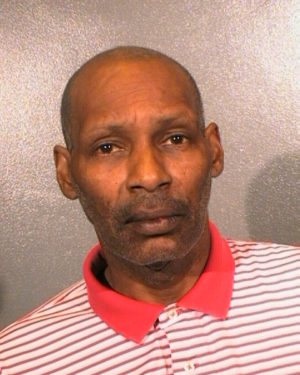 A Lyon Park resident has been arrested and accused of firing a bullet that whizzed by a man’s head.

Police say Laselle Booker, 57, was armed when he was arrested at his home on the 700 block of N. Edgewood Street. Booker is charged with attempted malicious wounding and reckless discharge of a firearm in public following a bizarre alleged incident that ended in the early morning hours of Friday, May 25.

According to Arlington County police spokesman Dustin Sternbeck, Booker had earlier approached a man at a gas station in D.C. and wrote him a check for $500, claiming he was on a mission to help less fortunate people and had been told by God to write the check.

The man then drove Booker to his Lyon Park home, and Booker subsequently offered to let him stay in his guestroom, according to Sternbeck. The men had a four hour conversation at the house, which investigators say eventually escalated into an argument in the home’s front yard. Booker is alleged to have asked for the check back, writing a $50 check instead after the victim asked for money for a hotel.

The victim became “agitated” at that point, Sternbeck said, and eventually Booker took out a .40 caliber handgun and pulled the trigger several times, without actually firing the gun, investigators say. He then racked the gun’s slide and fired a round that whizzed by the victim’s head, according to Sternbeck. The victim fled the scene and called police.

Booker had the weapon in his possession when he was arrested just after 4:30 a.m., according to Sternbeck. As of this afternoon he remains in custody.