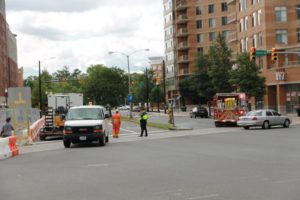 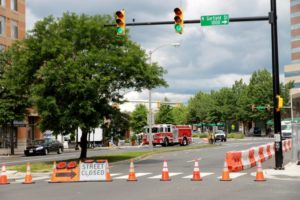 Update at 12:20 p.m. — Firefighters have cleared and drivers can now get through on Washington Blvd. Washington Gas remains at the scene.

Earlier: Drivers should avoid the area of Washington Blvd near N. Highland Street, where a gas leak is causing traffic trouble.

Police are helping to direct traffic at the scene while workers fix the problem. It’s recommended that pedestrians also avoid the area until the leak is fixed.