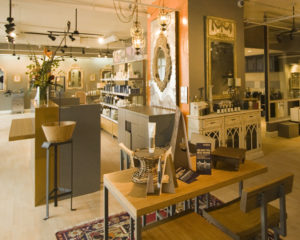 A recently opened salon and spa says it’s beginning to pick up steam in Clarendon.

Casal’s de Spa and Salon (3033 Wilson Blvd) prides itself on customer service and focusing on providing each client with a pleasant experience. General Manager of Operations Jeannie Shimek said Casal’s, which is an Aveda concept salon, offers great attention to each customer due to its smaller atmosphere.

Shimek said one thing that sets Casal’s apart from all the other salons and spas in the area is the complimentary services. With every treatment, customers are treated to freebies like a mini facial or a hand and arm massage.

She also stressed that it’s a non-tipping salon. It was a move that all the staff got behind after it began about 15 years ago, in an effort to highlight that the staff is made up of skilled professionals.

“The owner wanted to raise the level of professionalism in the industry,” Shimek said. “These are all professionals who don’t need a tip. If you want to tip, you can refer a friend.”

Although Casal’s is a small Ohio based chain, co-owner Thom Ciarniello lived in the D.C. area for more than 15 years after college, and worked in salons here. He’s recently been splitting his time between Ohio and Arlington, where his sister also lives. Ciarniello has been wanting to get back to the area, and eventually plans to retire here.

Ciarniello is also an artist, so he likes to incorporate fine art into the salon space. We’re told some people passing by on the street actually have been drawn into the salon by spotting the art.

Casal’s plans to hold an official grand opening celebration in September. Ciarniello and co-owner William McCauley wanted to wait until after the summer travel season slowed down, so more people would be able to attend the event. Details will be released as the grand opening draws closer.