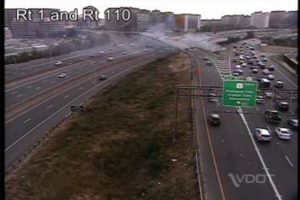 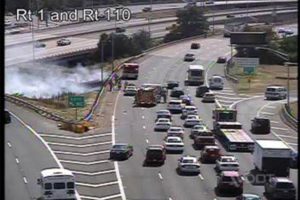 Smoke could be seen near the Pentagon this afternoon due to a brush fire.

The fire and the resulting smoke was seen in the median near the southbound I-395/Route 1 split.

Arlington County firefighters arrived on the scene and quickly extinguished the fire, but not before it scorched some dry brush in the median. Two lanes of southbound I-395 are currently blocked by the fire department activity.

Update at 4:10 p.m. — An accident with two injuries was reported in the same area at the time of the brush fire. It’s unclear if the two incidents are related.