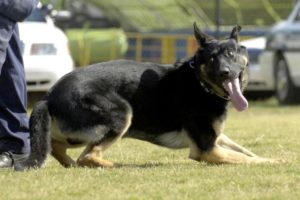 The Arlington County Police Department has announced the passing away of one of its recently retired K-9 members.

Lobo worked for the ACPD beginning in 2004, and retired this past spring. Lobo had worked as a patrol dog and as an Explosive Ordinance Detection K-9, with his partner Corporal Tom Binckley. He successfully certified with the United States Police Canine Association in those two disciplines, and had been used as a tracker on numerous occasions.

During his seven years of service, Lobo also worked to keep Arlington residents safe at special events, such as the Arlington County Fair (pictured above). He was described as a social dog who enjoyed putting on demonstrations for civic and youth groups.

We’re told all of the ACPD members who had worked with Lobo were saddened to hear of his passing on Friday night. 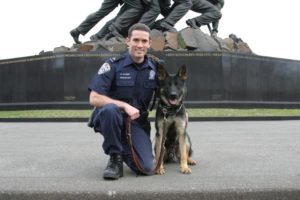 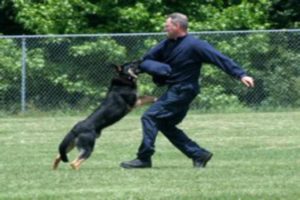