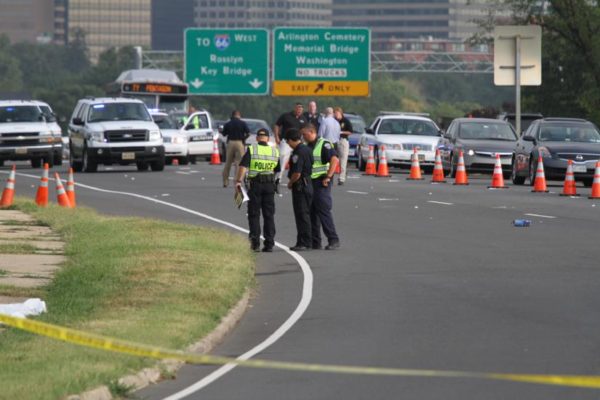 (Updated at 4:30 p.m.) Arlington County Police are investigating a fatal hit and run accident near Arlington National Cemetery and the Pentagon.

Around 6:00 this morning, police say an adult male was struck by a vehicle on southbound Route 110 near the ramp to Washington Boulevard. A witness reported seeing a man’s body in the roadway and a vehicle stopped near it. When officers arrived, the vehicle was gone, according to Arlington County Police spokesman Dustin Sternbeck.

The victim has been identified as Robert Shepard, a 62-year-old military veteran from Lawrence, Mass. Police said Shepard had a history of mental illness and was reported “missing and endangered” by his girlfriend in Massachusetts about 2 weeks ago. He was wearing camouflage pants at the time of the accident, according to Sternbeck.

The force of the impact propelled the Shepard’s body about 60 feet from the point of collision, Sternbeck said. Investigators say they’re currently working several leads, including traffic camera video, to try to track down the striking vehicle.

Two lanes of Route 110 and the ramp to Washington Boulevard were closed immediately following the accident. Investigators remained on scene through the morning rush hour, causing significant backups on Route 110. 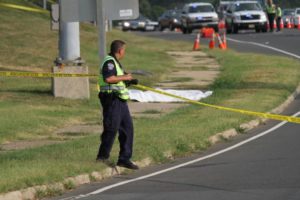 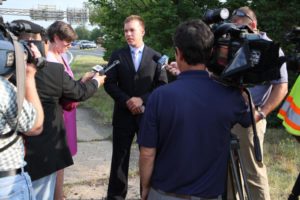