The body of a 52-year-old man was found inside Capital Jewelers in the 3200 block of Columbia Pike just before midnight yesterday (Friday). According to police, he was declared dead at the scene from an injury he sustained.

Family members had called police when the Herndon resident didn’t return home from his shift at the store last night.

Police are releasing still photos taken from the store’s surveillance video with the hope that the public can help identify the suspect, who is still at large and considered armed and dangerous. According to police spokesman Dustin Sternbeck, the video indicates the suspect entered the store around 4:00 p.m. on Friday. He’s described as a black man in his 50s, about 5’7″ with a medium build. At the time of the incident, he was wearing a neon traffic vest.

This was the second murder in Arlington this week, after the county went more than two years without a single homicide. 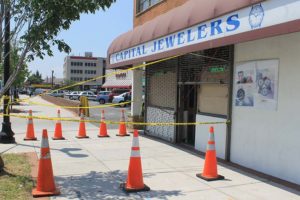 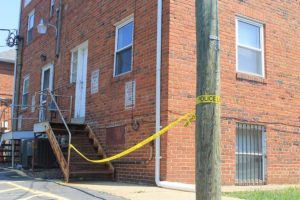