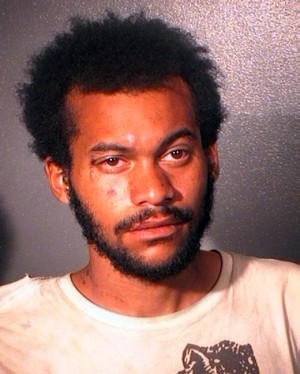 (Updated at 11:05 p.m.) A D.C. man is in jail after police say he sexually assaulted a woman in the Clarendon Whole Foods and masturbated in a police interview room.

The alleged crime took place inside the store, on the 2700 block of Wilson Boulevard, at 1:50 p.m. on Sunday. According to the police report, a female shopper had bent down to retrieve a bottle of wine when the man — 24-year-old Frank Alex Bouknight — came up behind her and placed his hand between her legs and on her genitalia. Bouknight then laughed and walked away, police say.

Bouknight fled the area in a bus, but then returned and was located by police sleeping on a public bench in front of the nearby Barnes and Noble store, four hours after the assault, according to Arlington County Police spokesman Dustin Sternbeck. Police found “hardcore pornography” magazines inside Bouknight’s backpack, Sternbeck said.

Bouknight’s alleged sexual misconduct continued when he was brought back to police headquarters.

“Once in the police interview room, the subject repeatedly masturbated,” according to the crime report.

Bouknight was charged with sexual battery. He is being held without bond.