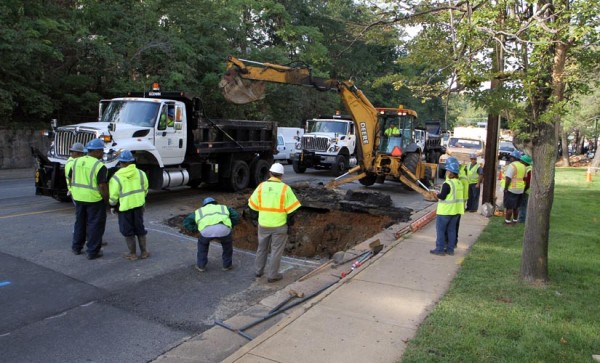 A water main break prompted authorities to shut down a large section of Columbia Pike for most of the morning.

Columbia Pike is currently closed to through traffic  from George Mason Drive to Four Mile Run. One worker on the scene estimated that the closure would last until around noon.

A break in an 8-inch water main under Columbia Pike across from the Whitemore Apartments (4301 Columbia Pike) was reported around 4:00 a.m. The water was quickly shut off, but Arlington County crews have had to dig a six foot deep hole in the westbound lanes in order to reach the burst pipe.

No one has lost water as a result of the water main break, we’re told. 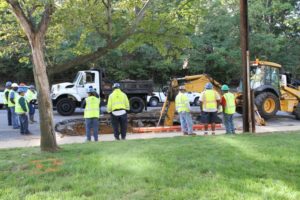 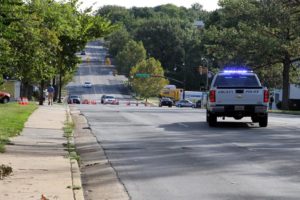