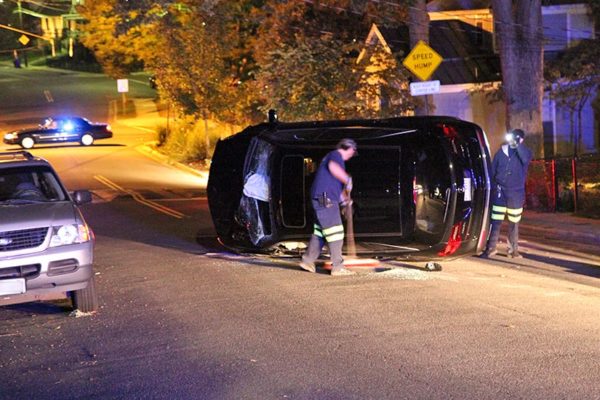 An SUV flipped on its side on N. Fillmore Street in Lyon Park last night.

The accident happened around 9:30 p.m., in the middle of the block, approaching the intersection with 2nd Road N. According to police on the scene, the adult female driver was likely distracted when she ran into a parked vehicle, causing her SUV to flip on its side.

The driver was not hurt and remained on scene. Nobody else was in her vehicle or the other damaged vehicle. No word on any changes against the driver. 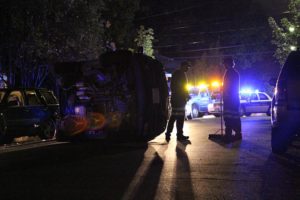 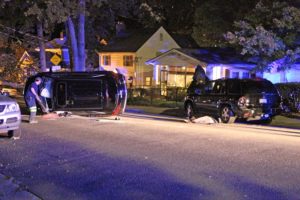