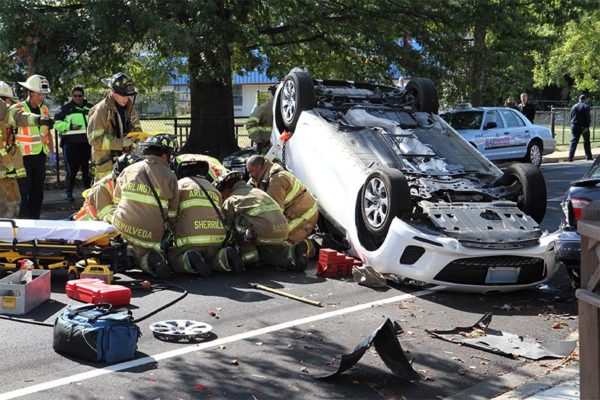 A car flipped on its roof after running into a parked car across from Patrick Henry Elementary School today.

The accident happened just past noon near the intersection of 7th Street S. and Garfield Street. A silver Mazda driven by a female driver apparently ran into the back of a car that was parked on the side of the street. The collision caused the Mazda to flip on its roof.

Firefighters responded with heavy rescue equipment to pull the trapped driver from the overturned car. She was placed on a stretcher and transported to a local hospital via ambulance for what were reported to be minor injuries. Nobody else was in the two cars at the time of the accident.