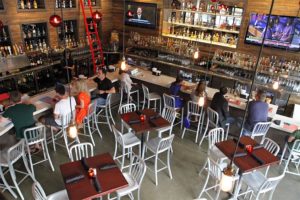 Arlington is moving up in the ranks of havens for the rich and single.

A new Bloomberg list of “large U.S. cities with wealthy one-person households” ranks Arlington as No. 2, second only to Hoboken, New Jersey. (Twenty-five percent of workers in Hoboken are employed in finance, insurance or real estate.)

To compile the list, Bloomberg examined U.S. Census data from 2006 to 2010 and identified cities of at least 50,000 people where men and women ages 15-64 “lived alone and had median incomes greater than national averages.”

In August, Arlington ranked No. 4 on a CNN Money list of “Best Places for the Rich and Single.” According to figures cited by CNN Money, Arlington’s population is 41.5 percent single and has a median family income of $132,580.