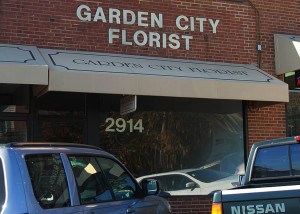 The froyo craze continues in Arlington, this time as a new store apparently targets the Williamsburg Shopping Center.

According to its website, national chain Zinga Frozen Yogurt plans to move into the vacant space at 2914 Sycamore Street, which used to house Garden City Florist.

Like many of the froyo stores popping up around the county, Zinga allows customers to serve themselves one of the three dozen rotating frozen yogurt flavors. There are more than 50 toppings to choose from, and the finished product is sold by weight.

Zinga sets itself apart from similar establishments with its freshly baked “bottomz” — such as waffle bowls, brownies and vanilla cake — which customers can use as a base on which to build their frozen creations.

So far there has not be an announcement about when construction will begin or when the store is expected to open.