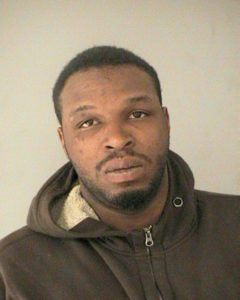 Police have arrested a man accused of grabbing a woman’s breast on an ART bus.

Around 4:30 p.m. on Friday (January 18), police say a woman was riding the ART bus when a man got on at the Ballston Metro station and sat across the aisle from her. He allegedly began speaking to the woman in a vulgar manner and she asked him to stop. The woman became nervous and also asked the man to move away from her.

Around the area of Washington Blvd and N. Pershing Drive the suspect allegedly leaned over and grabbed the victim’s breast. The victim yelled and told the man to stop, to which he reportedly responded, “F— you.” The bus driver pulled over and called police upon hearing the commotion, and the suspect took off on foot.

Police quickly found a man in the area meeting the suspect description, and the woman was able to identify him. Police arrested 28-year-old Aaron Darnell Alexander, of no fixed address.

Alexander was transported to Virginia Hospital Center for a laceration on his hand, which he said he received when he was robbed and stabbed the previous evening. Alexander has been charged with sexual battery and is being held on a $3,500 bond.