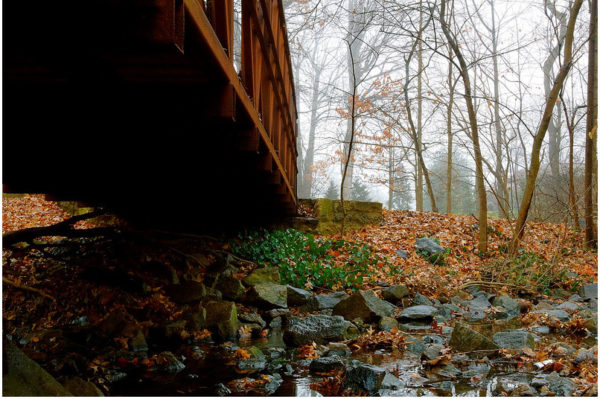 Absentee Voting Bill Passes State Senate — The state Senate passed legislation that would allow residents age 65 and older to vote by absentee ballot without having to give an excuse. Currently, Virginians can only vote absentee if they meet one or more of the requirements on a list of reasons for not being able to make it to the polls on election day. Del. Alfonso Lopez (D) introduced similar legislation that failed in the House of Delegates. [Washington Post]

Water Main Issues Continue — Repairs on the broken 30 inch water main at Arlington Blvd and S. Irving Street are expected to take several more days. While draining the pipe on Sunday, a significant pressure drop occurred. Customers may experience low water pressure during peak times (6:00-9:00 a.m and 5:00-9:00 p.m.) and are asked to minimize water use during those times.

Landrum Extends Ray’s Free Burger Special — Owner Michael Landrum has decided to extend the Inauguration special he had been offering at Ray’s to the Third (1650 Wilson Blvd) after closing Ray’s Hell Burger across the street. Customers can get one free “Li’l Devils” burger from 11:30 a.m. until the last burger is given away. “We realized that our office neighbors didn’t get a chance to participate, so we wanted to extend it another day to give them a chance,” Landrum told ARLnow.com. It is suggested that customers receiving a free burger donate $5, which will go to local Boys and Girls Clubs.