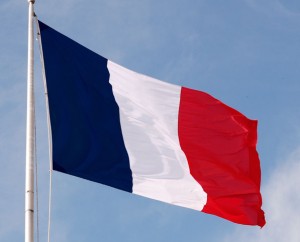 A high school and middle school exchange program to France could be on its last legs after Arlington Public Schools administration took a closer look at its travel policies.

Up until this school year, teachers had been granted “professional leave” for a two-week student exchange trip to Reims, France, one of Arlington’s sister cities. But that is coming to an end, jeopardizing the Reims exchange program — a possibility that’s upsetting some parents.

Assistant Superintendent for Instruction Constance Skelton said it has been APS policy that teachers were not permitted to take professional leave for international trips. The Reims program has apparently been an exception. Starting this year, however, teachers will not be able to take more than one day of paid leave — a personal day — before the spring break trip to France.

“We realized within our own policies that we do not allow administrators or teachers to have professional leave for international trips with student groups,” Skelton told ARLnow.com. “When this all came to light, we said ‘we have to go with our policy.’ We had to make that clear.”

Skelton said there was confusion about who was actually approving the trips and teachers’ paid leave. She said Superintendent Patrick Murphy was concerned about the potential for APS’ liability in case an incident were to happen overseas.

“People were not aware of the policy,” Skelton said. Instead of the leave going through typical approval channels, “none of that had ever been happening, the trips were just occurring.”

Assistant Superintendent for Student Services Brenda Wilks — a former foreign language teacher — said that despite the renewed enforcement of School Board policy, it is APS’ hope that trips like the Reims exchange program continue.

“We never wanted to discourage travel,” Wilks said. “It enhances students’ education, we just need to adhere to the board policy.”

Parents of students who have taken the trip are convinced that the change in enforcement will kill the trip entirely. APS wants the Arlington Sister City Association to “separate the trip from the school” — to be responsible for collecting money and organizing trips and chaperones.

“The teachers who are involved told parents that there has been a definite sea change that will seriously inhibit their participation and thereby threaten the program as it has been conducted in the past,” one parent, Lori Rottenberg, said in an email. Lori and her husband, Chuck, said they have a child who has gone on the program and they have hosted a Reims student in their house. “All that the teachers do to prepare and run the trip cannot be done in a day, and the trip itself would be ridiculous if limited to just 7 days because of the length of the time involved to travel overseas.”

Rottenberg said that the teachers involved informed parents that the trip “may not happen this year” because of the new enforcement of school policy.

“This drastic action on the part of the school administration essentially signals the death knell of a wonderfully unique program that benefits students as well as the entire Arlington community,” said Natalie Roy, a Washington-Lee High School parent.

Representatives of the Arlington Sister City Association did not respond to a request for comment.

Photo by wox-globe-trotter via Wikipedia