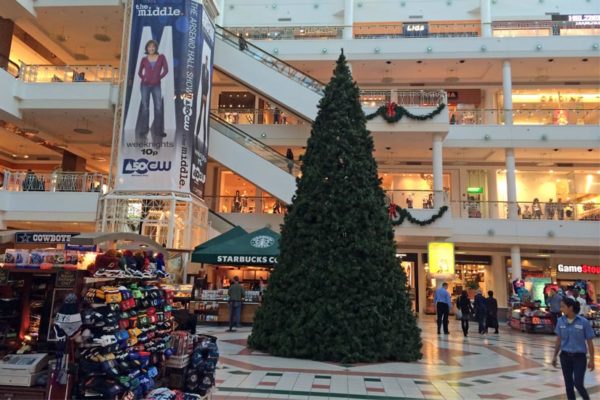 GGW: Arlington Is Losing a Smart Growth Advocate — Chris Zimmerman’s announced departure from the Arlington County Board means the county is losing a true smart growth advocate, says Greater Greater Washington writer Canaan Merchant. “Whoever hopes to replace them will have big shoes to fill as Mr. Zimmerman’s influence will loom large in Arlington and greater Washington for years,” he writes. “Smart growth or public transportation advocates have their work cut out for them if they want to support a candidate in Arlington who is dedicated to those issues as much as Zimmerman has for the past 18 years.” [Greater Greater Washington]

New Building Tech Hinders Emergency Communication — The technology that’s helping to make new buildings stronger is playing havoc with police and fire department radios. Arlington County is trying to lead by example by requiring a special antenna system in all new county buildings. The system allows communication among first responders and dispatchers indoors in buildings where radios would otherwise not work. [WJLA]

Piola Introduces Unlimited Pizza Brunch — It your brunch plans would be enhanced by an unlimited supply of pizza, Piola in Rosslyn (1550 Wilson Blvd) now has a deal for you. On Saturday the restaurant is debuting a “‘No Limit’ Pizza Brunch,” with unlimited helpings of more than 10 different pizzas. Pitchers of sangria and sparkling drinks will also be offered. The brunch deal will run from 11:00 a.m. to 3:00 p.m. Saturdays and Sundays.

Former Arlington Police PIO Joins Alexandria — Crystal Nosal, the former Public Information Officer of the Arlington County Police Department, will be joining the Alexandria Police Department in the same role on Nov. 18. During her tenure as Arlington’s PIO, Nosal was a familiar face on local news broadcasts when a significant crime or accident happened in the county.