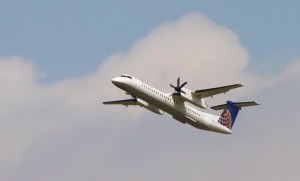 More than 1 million D.C. area residents will travel at least 50 miles during the upcoming Thanksgiving holiday period, AAA Mid-Atlantic projects, but the number of travelers will actually be lower than last year.

AAA says 1,058,000 people will journey out of the Washington area, down from 1,070,5000 last year. A projected 90.7 percent of travelers will get out of town via automobile, while 6.9 percent will take planes. The remainder will take rail and other travel methods.

From the AAA Mid-Atlantic press release:

All in all, that’s 12,000 fewer persons this time around, but you probably won’t notice any difference on area roads, or at airline ticket counters and bus and train stations in the Washington metro area. Remarkably, the overall volume of local holiday travelers has numbered over one million persons for the three past Thanksgiving holidays, and the same is true this year too, after rebounding from the recession-driven declines in 2008-2009. That’s when Thanksgiving travel fell by a staggering 25 percent.

“Still over one million local residents are in the travel mode and mood this Thanksgiving holiday period, as the number of Thanksgiving travelers tops the one million person mark for the fourth year in a row,” said John B. Townsend II, AAA Mid-Atlantic’s Manager of Public and Government Affairs. “Despite the big drop in gas prices this holiday when compared to last Thanksgiving, local residents have been coping with the lingering impact of the sequestration and they are still reeling from the effects of the federal government shutdown in October, both of which hit the regional labor market really hard, especially government contract workers, at the psychic, pocketbook and deeply personal levels.”