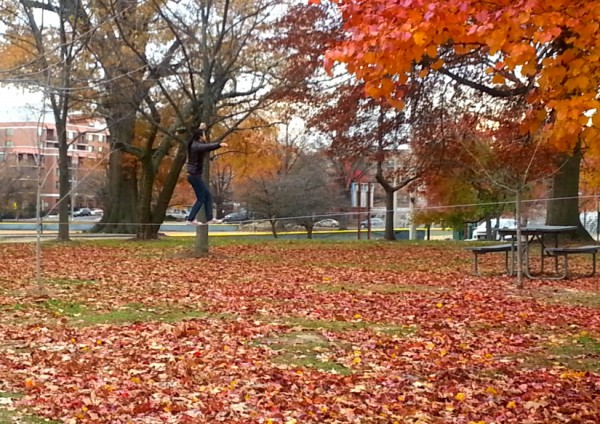 Strayer to Cut Tuition — Arlington based Strayer Education Inc. will cut undergraduate tuition for new students by up to 40 percent next year. The move is intended to curb declining enrollment. Total enrollment for the fall term was down 17 percent, while new enrollments fell by 23 percent. [Washington Business Journal]

Yorktown Loses in Quarterfinal — The Yorktown Patriots lost to the undefeated Lake Braddock Bruins in the Region 6A North quarterfinal regional game. The 40-7 loss left the Patriots finishing the season with a 9-3 record. This was the eighth straight year the Patriots advanced to the playoffs. [Sun Gazette]

Homophobic Message on Cake? — A couple in the District claims to have bought a cake at an Arlington bakery that sported a homophobic message. One woman ordered the cake for her partner, reportedly asking for a cluster of balloons to be replaced with the words “Happy Anniversary Lindsey! Love, Sarah.” Upon receiving the cake, it instead featured the sloppily written phrase “Lesbian Anniv. No Ballons.” The woman says she believes the mistake was intentional. The bakery was not identified by name. [The Gaily Grind, The Advocate]