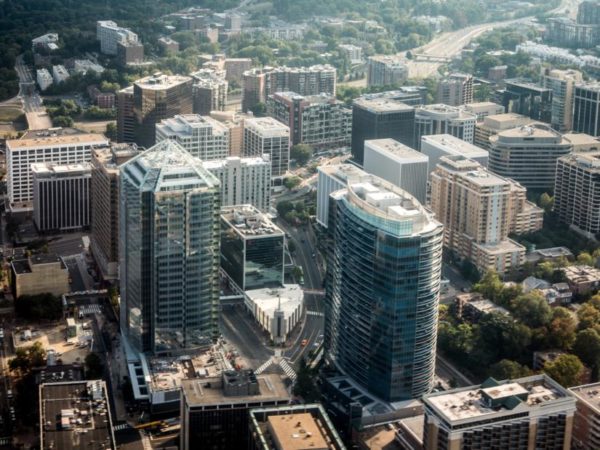 Three Vying for County Board Nod — Three candidates for the upcoming Arlington County Board special election kicked off their campaigns at last night’s Arlington County Democratic Committee meeting. Among them are Alan Howze, president of the Highland Park-Overlee Knolls Civic Association; Peter Fallon, former Planning Commission member; and Cord Thomas, who helped found Envirocab and Elevation Burger. All three will compete in a two-day Democratic caucus, to be held Jan. 30 and Feb. 1. [Sun Gazette, Washington Post]

Remembering the Ballston Skulls — Up until the 1940s, the Ballston Skulls, a semi-pro football team, played at Ballston Stadium, on the site of what’s now Ballston Common Mall. The Washington Redskins also conducted work outs from the facility. [Ghosts of DC]

Attorney General Recount to Start Dec. 16 — The recount process in the election of the Virginia Attorney General will take place from Dec. 16-19. Currently, Democrat Mark Herring has a 165 vote lead over Republican Mark Obenshain. [WJLA]