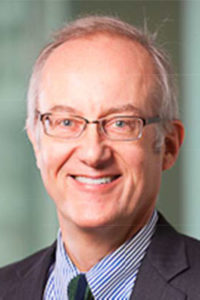 (Updated at 3:55 p.m.) Civic activist John Vihstadt will run as an independent for the vacant Arlington County Board seat in the upcoming 2014 special election.

Vihstadt , a former Planning Commissioner, announced his decision Thursday morning with a press release declaring his opposition to the Columbia Pike Streetcar and the planned Long Bridge Aquatics Center as two of his chief campaign positions.

A Republican, Vihstadt is hoping to secure endorsements from both the Arlington County Republican Committee and Green Party. He has behind him a bipartisan array of supporters, including prominent Arlington Democrats in County Board member Libby Garvey, Commonwealth’s Attorney Theo Stamos and former Arlington County Democratic Committee Chair (and ARLnow.com opinion columnist) Peter Rousselot.

“It is rare for a candidate to have the breadth and depth of experience John brings to the table,” Garvey said of Vihstadt. “I welcome John’s willingness to re-examine County priorities at a time we are having trouble finding money to maintain essential services.”

Vihstadt also opposes the rollout of more SuperStop bus stops — the first of which cost $1 million — and wants to accelerate the “phase-out of county taxpayer subsidies for the Rosslyn Artisphere.” He wants to use the savings from halting these projects to address Arlington Public Schools’ budget and facilities issues.

“Something is seriously wrong when schools across Arlington are over capacity and fighting for funding,” he said, “while county leaders continue to plow millions into high profile projects beyond the scope of core community needs like education and public safety.”

Vihstadt is the first non-Democrat to announce his candidacy for the seat that will be vacated by board member Chris Zimmerman at the end of January. Alan Howze, Peter Fallon and Cord Thomas are vying for the Democratic nomination.

Vihstadt has served on the Housing Commission, the Commission on Aging and on the board of Community Residences. A father of two, Vihstadt lives in the Tara-Leeway Heights neighborhood with his wife, Mary, and works as a partner at D.C. law firm Krooth & Altman.Vihstadt says he commutes to work via Metro, ART and carpool.

END_OF_DOCUMENT_TOKEN_TO_BE_REPLACED

More Stories
The Right Note: One of a KindWakefield HS to Host Holiday Bazaar and Craft Fair