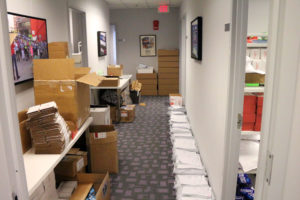 The headquarters for the Ready for Hillary Political Action Committee are cluttered.

One room is filled nearly to capacity with envelopes stuffed with t-shirts, bumper stickers and other merchandise. The hallways are minefields of postal and cardboard boxes, and rooms used as both office and storage space. In their space on the fifth floor of Rosslyn Plaza D on N. Kent Street, no square foot goes unused.

The clutter signifies the rapid growth at the office of one of the key political groups preparing for the 2016 presidential election. Ready for Hillary, an independent super PAC raising money to support a potential presidential run by former First Lady and Secretary of State Hillary Clinton, has grown from two volunteers in January to 15 current employees, with a handful more starting in January.

Executive Director Adam Parkhomenko starting working for Clinton immediately upon graduating from Washington-Lee High School in 2003 after, as a 17 year old, he started a website dedicated to convincing Clinton to run for president in 2004. 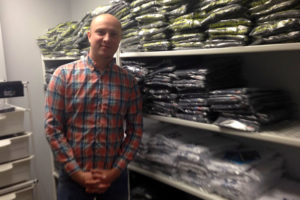 “I thought she would make a great president, and no one was doing anything about it,” he said Friday in his office. “There was nowhere to get involved.”

Growing up in Arlington, Parkhomenko, now 28, said it was impossible not to get involved in politics “since there’s an election every year.” He was best friends with the son of former Del. Al Eisenberg (D-47) and, when he was 23 and had worked in politics for half a decade, ran for Eisenberg’s seat when he retired in 2009.

Parkhomeko came in third place in the Democratic primary to eventual winner Patrick Hope and current Arlington County Board candidate Alan Howze. He said his campaign “did things a little differently” than the typical House of Delegates campaign, opening up a campaign office and starting a direct mail campaign.

“If I had won I would have been the youngest person elected since Thomas Jefferson, I think,” he said. “I thought I had something to offer and I thought I could win.”

After the campaign, Parkhomenko left politics for a while to go to college. Now, he’s back in politics trying, once again, to convince Hillary Clinton to run for president. 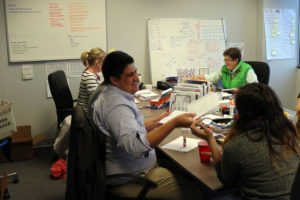 “This group has her best intentions at heart,” he said. “Half of us have worked for her for years. Others worked on President Obama’s last campaign, and others have worked for other Democratic campaigns. We’re here to tell her if she’s ready, we’re ready.”

On Clinton’s 2008 presidential campaign, Parkhomenko served as executive aide to the campaign director. After working for Clinton for more than six years, he’s now running a political group that, for legal reasons, wouldn’t be able to have contact with her if she ran for president.

“She was kind of like a second mom to me when I worked for her,” he said. “She was always asking me about finishing school.”

Since Clinton is not currently a candidate, the laws around super PACs are murky, but Parkhomenko said Ready for Hillary hasn’t had contact with Clinton or her staff. The restrictions are worth it to give Clinton a boost, he said, and Ready for Hillary is already amassing impressive finances: Back in July, it crossed the $1 million donation threshold. So far there have been more than 30,000 donors and more come in every day. 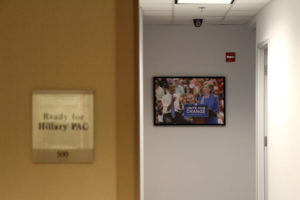 “For me, starting this was really important because I don’t want to look back and wonder what we could have done to give her an edge,” he said. “We support and echo everything she does, but make sure not to get out in front of her.”

Clinton’s campaign headquarters for her campaign in 2008 were in Ballston, but Parkhomenko said the fact that Ready for Hillary’s office is also in Arlington is merely a coincidence; Rosslyn just happens to be “at the center of everything,” which is why the super PAC moved there in September.

Parkhomenko fields one question about Ready for Hillary more than any other: if Clinton decides not to run, where will the money go?

“We’re not creating a campaign war chest,” Parkhomenko says. The group caps donations at $25,000. “We don’t need large checks because we don’t need large ad buys. We spend what we take in, other than overhead expenses, to identify supporters around the country. That way, if she does announce, we’ll be ready to go on time.”